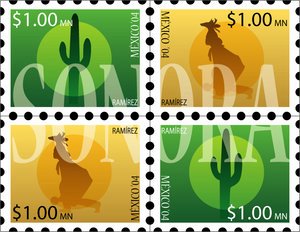 Well, guess what? The Creative Writing MFA Handbook is available now. You can read more about it on the Continuum website.

Otherwise, I hope everyone is surviving the holidays well. Not too many questions this week, but let’s dive into them anyways. Remember, we’re on a week on, week off schedule now, and information about sending future questions can be found here.

First up, Muffled in Moscow has given permission to post his email address. As recorded in last week’s mailbag, MiM has a zip file of the work of many current poetry professors, and he’d be happy to share it with you. Do read over last week’s mailbag to get a sense of MiM’s interesting MFA search, then email him at fjfjdv@yahoo.com. Thanks MiM.

Lisa C. doesn’t win codename of the week, though she has a question that I’m sure a lot of you have: “Is obtaining an MFA worth it if the writer wants to improve her writing but not go into teaching?”

The answer is most definitely yes. In fact, that’s the primary reason to seek an MFA degree. There are no guarantees on the teaching side, and students should teach because they want that experience, not because they think it will guarantee employment. Though no one needs a degree to be a writer, an MFA (or M.A. or Ph.D.) degree provides students with time, peers, mentors, experience, and instruction. Good luck, Lisa C.

We received a number of additional emails about my posted Stegner personal statement, which I included on the blog not as a formula for anyone’s own statement, but as a data point that might prove useful. Thanks to all those who wrote in, positively and negatively. Jenny D had one of the more interesting notes, and she writes…

“I like your letter too, but I don't know that it's a useful model. I think most people should and do write rather more formal (or perhaps formulaic) ones, and that the challenge is to come up with your own _equivalent_--something that lets your own voice come through in the way this example does.

“I would caution applicants against following any model too closely, in any case; usually some trace of derivativeness comes through.... When I'm doing a workshop on PhD applications, I usually have a handout of three sample (successful) ones that I think are excellent, and I make a point of choosing ones that are so different from each other that nobody realistically thinks that there's a single model to emulate…”

I’m in total agreement with that statement, though I’m concerned by the advice (not only in Jenny D’s email, but in others) for students to seek out additional statement examples. While I agree, my return questions is: Where are students to find these examples?

If anyone has a link to an MFA statement, or would like to send in their own statement for publication on the blog (I’ll withhold names if you like), write to me and I’ll include them in the next mailbag. Thanks Jenny D., Maladroit in Massachusetts, and everyone else for writing in.

Writing Like Whoa in Virginia writes in to “fawn over” the blog by stating:

"Your blogsite is THE BEST THING ever to exist. It is thorough and helpful and yet entertaining to read. You've answered SO many questions I had regarding MFA programs, and I can't wait to hunt down your book and devour it like a literate wildebeest. There is too little information out there regarding MFA programs, which made for incredibly frustrating attempts at researching schools--until I discovered your site. So, thank you immensely, and especially for offering all this great information for free to us poor folk."

And then she goes on to ask a hundred questions. And since flattery will get you everywhere, and since it’s a slow week, I’ll try to get to as many of them as I can…

Yes, it’s fine to use a non-teacher for one, and in desperate cases, two of your recommendation letters. Selection committees will like seeing you from more than one angle. The editor at your newspaper seems like a very good choice.

First of all, the list looks good, though I’ve nudged students away from Columbia and Emerson in the past, and if you want to know why, you can read the previous mailbags. As for Texas State San Marcos, they are relatively new on the MFA scene, and the word is that they are well funded and on the rise. I don’t know more beyond that, and I haven’t spoken with any former students from there. I think it’s a safe inclusion on your list to apply-tos. See if you get in, then do the footwork as far as speaking with current students for your final decision. Best of luck, WLWiV. Let us know how it goes.

I’m actually away from my home base in San Francisco this week, and I’m visiting friends and family in Greensboro, NC. One problem I’m having is lack of a consistent internet connection, so I’m summarizing this next question (from someone I’ll have to list as Anonymous) from memory:

What do I think of the Pittsburgh program, and is it a good idea to ‘tier’ your school selections in the “definite,” “possible,” and “safety” school categories?

Pittsburgh has a very good reputation. It’s also one of the oldest in the nation in teaching nonfiction. I’d like the funding to be better there. My answer: I’d put it on my list, but I’d keep the funding in mind.

As for the second half of the question: there’s no such thing as a safety school in the MFA world. There is no way to predict where you’ll be accepted and where you’ll not be accepted. Why? Because it’s all based on your writing sample. For example, I applied to five (though I was ill-informed; you should apply to at least eight) programs, and I was accepted at my first choice, wait-listed at my fourth, and rejected at my second, third, and fifth choices. I did think in terms of “safety” schools back then, and I found out the hard way that they don’t exist. Find 8-12 programs that you’d be happy with. It’s fine to look favorably on some more than others. But don’t count on any rhyme or reason to where you are accepted and where you are not. Spread your nets wide.

Oh wow. I got sidetracked from Writing Like Whoa in Virginia’s questions. I’m sitting in a busy café on December 26th. People keep knocking me in the elbow with their shopping bags. Okay, WLWiV wins codename of the week, and she also asks about Oregon, LSU, and Alabama.

Oh, I don’t know. I did though, and I wrote about them in the Creative Writing MFA Handbook. You’ll have to order it to see their profiles. I did like them though, as far as reputation and funding, and I’d be comfortable with them on my (or your) list.

The final question from WLWiV can be summarized as: Am I crazy for only choosing programs near an ocean?

No, definitely not. Writers need to be both comfortable and challenged. If you need to live near a record store to inform your writing, go live near a record store. If you need to go snowboarding every weekend, live somewhere where you can go snowboarding every weekend. If you must stay in the South (or the Midwest, or East Coast, or wherever), do that. If you need to go overseas, go overseas. Writers, for the most part, work alone. Make sure, if it’s important to you, that you live somewhere that informs that work. I think location is much more important for graduate degrees in the arts than it is for law, business, and many of the sciences. Those degrees weigh other aspects more strongly.

Good luck to everyone as you meet those final deadlines. Depending on the emails I receive, I might have a mailbag on Jan. 2nd. If not, the week after.

All my applications are in, but I ordered the book on Dec. 26th. I'm hoping that I'll be accepted at so many schools...I'll need your book to sort them out.

Happy new year to you too! I can't wait to see the book--I'm neither applying to nor teaching in an MFA program, but as a teacher of undergraduates I think it's going to be a really invaluable resource for me in my advising work.

One suggestion about getting personal statements: ask your letter-writers if they can help. It is likely that at least one of them will have written on behalf of MFA-applying students in previous years, at least some of whom will have had successful applications. If I were your professor & writing for you, I would be very happy to put you in touch with further-along students of mine who would almost invariably be happy to e-mail you their personal statements so you can take a look at ones that worked.

(However I repeat Tom's caution above, that while the personal statement needs to be as good as you can make it it's the writing sample that you will really be centrally judged on--this, I think, is a difference between MFA and PhD applications, in the latter we do look very closely at the writing sample but I find the personal statement gives me a better sense of whether it's going to be a good fit. In the former, not so much.)

If I were to wager a guess at why, I’d say that users don’t “browse” forms. The interaction style users engage in with forms is different, and requires its own study and design best practices. This is a very interesting post, and the comments are also fantastic to read. I’ll have poses to have a little re-think about my own contact form on our new website, as this some interesting questions!
sketch overseas